It is normal to see pop-up ads while surfing the net, right? What a lot of people don’t realize is that those ads could have made their way onto their computers through spyware. By the time that you figure out what is behind the ads, the spyware pop-ups may have gotten so bad that your only choice is to completely reconfigure your computer and just hope that the pop-ups don’t come back. And, if your only mechanism to fight against the spyware is hope, the pop-up ads will return.

What is Spyware Exactly?

Spyware is a type of software which gets onto your computer and is generally used to gather your personal information and then send advertisements to you, normally in the form of a pop-up ad. Spyware software can also change your computer configuration as well as many other potentially harmful things. Even though the term spyware may suggest that the software is simply monitoring action in a secretive way, the purpose of spyware usually goes well beyond this.

The party responsible for creating and distributing the spyware are often profiting greatly through targeted advertising or selling off your personal information.When spyware software is on a computer, it generally is hidden from the user. In 2005, a study carried out by AOL and the National Cyber-Security Alliance showed that 61% of user’s computers were infected with spyware. Of all of these users, 92% of them were not aware that their computers were even infected. 91% of the users claimed that they had not granted permission for the spyware software to be installed.

Since then, spyware has become increasingly sophisticated and is often impossible to detect on a user’s computer. Even worse, once detected, some spyware is impossible to remove.

Difference between Spyware and Adware

The terms spyware and adware are often used interchangeably. Both of these terms are used to describe software which can display advertisements. However, there is one major difference between these two: spyware gets onto the user’s computer through illicit means. With adware, the user agrees to have the adware program installed in exchange for something else.

For example, the program Eudora will allow users access to shareware for free but they must agree to receive advertisements.The key word here is “agree.” Adware will not attempt to mislead users and is offered in exchange for a service. An example of adware includes the file sharing program Eudora. Rather than asking users to pay a registration fee, it asks them to agree to receive advertisements.

On the other hand, Gator software is a type of spyware. When users visit certain websites, spyware is installed on the users’ computer in some sort of deceptive manner. The company behind Gator as well as the website where the spyware was installed will both receive revenue. 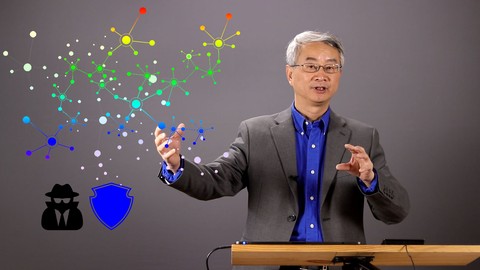 joaolrneto
Fiverr
Seller
Ph.D. in Mechanical Engineering and Master in Electrical Engineering from the Pontifical Catholic University of Minas Gerais. Acting for 25 (twenty-five) years in teaching computer programming for courses in engineering. Experience in editing and producing didactic content for teaching activities.

Eating For A Healthy Heart

Start With The Right Tools

Comments Off on Learn. Grow. Succeed

Find the perfect freelance services for your business

Code your future with Programming skills. Courses starting at $11.99 only!

Productivity and time management from your home office

Why Should Everyone Use MySQL For Database?

Learning how to train your image classifier

Why Swift Is Taking Over the World of Mobile Development?

Any cookies that may not be particularly necessary for the website to function and is used specifically to collect user personal data via analytics, ads, other embedded contents are termed as non-necessary cookies. It is mandatory to procure user consent prior to running these cookies on your website.